With millions of users looking to consume information quickly, Twitter makes for a popular advertising platform. In addition to being an effective means of attracting new customers, Twitter analytics tracks your follower’s behaviors in relation to your tweets, which can become invaluable when planning larger scale social media campaigns. So just how much does it cost to advertise on Twitter? Well, it depends on which ad you choose and what your budget is. 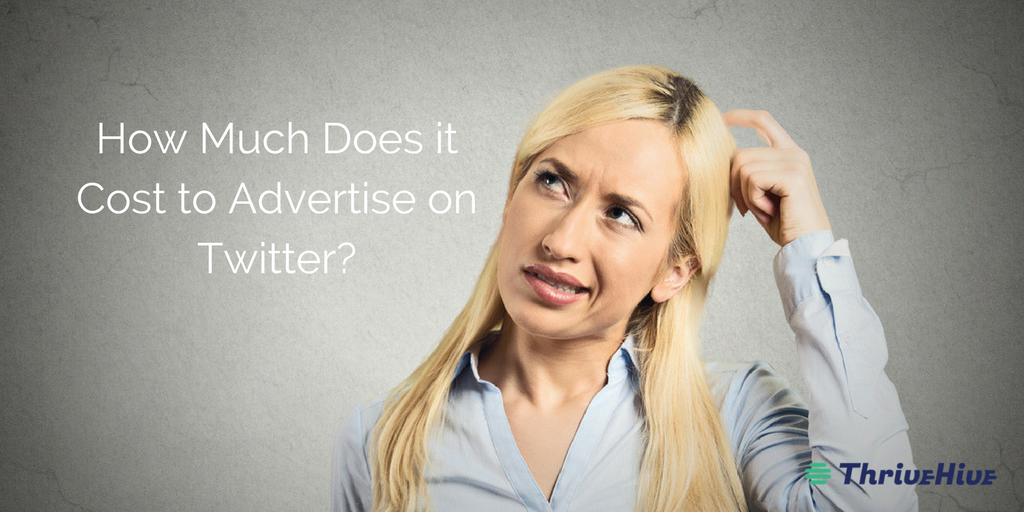 What Are Promoted Tweets?

A Promoted Tweet is one that you have already posted, that will show up in again users’ feeds and at the top of relevant search results. Similar to Facebook boosted posts, this type of Twitter advertising is a great way to capitalize on your higher performing tweets. You can either target your existing followers, perhaps at a more optimal time and to increase response to a call to action, or you can target a larger audience. Targeting Promoted Tweet ads is much like Facebook ad targeting. You can choose a geographical area, specific user interests, type of device, gender, etc. Promoted Tweets are labeled as “Promoted” on the bottom and top left of the Tweet.

How Much Does it Cost to Promote a Tweet?

With Promoted Tweets, you’ll pay only when a user favorites, retweets, clicks or replies to your promoted Tweet. You do not have the option of paying per impression (the number of feeds it shows up on), as with Facebook Advertising costs. The average cost for a Promoted tweet is around $1.35 per engagement.

Twitter Promoted Accounts work to increase your visibility as well, but this time for your entire account. While the goal with Promoted Tweets is to get users to engage with or respond to tweet, the goal with Promoted Accounts is to gain more followers. Use targeting to create an audience that will be interested in your business, and Twitter will suggest your account to them—in Home Timelines, Who to Follow, and search results.

Like Promoted Tweets, Promoted Accounts will also have the “Promoted” label so as distinguish them from typically recommended accounts.

The Twitter Promoted Accounts cost is simple: you have a cost per follower (CPF). The average cost per confirmed follower is $2.50-$4.00.

Twitter’s Trends is a list of popular topics, specific to each user’s account, based on their geographic location and hashtag usage within their network. With Promoted Trends, you pay to get a top spot in relevant users’ Trends list. Though it is marked as Promoted, it has the advantage of being in a real-time hotspot for your audience.

If want to be placed in the Trends section of Twitter, guaranteed to receive a colossal amount of exposure, you’ll pay a pretty penny to the tune of $200,000 per day. While this type of advertising will absolutely get you front and center on Twitter, it’s incredibly important that the strategy behind your ad and campaign is well curated to make this a dollar well spent! That said, Promoted Trends is typically used by larger businesses.

If Twitter is a popular platform among your target audience, and if the cost to advertise on Twitter fits within your budget, it may be something to consider. To get a better feel for the different types of ads, look for the content labeled with “Promoted” on your own Twitter feed. You may also want to take a look at your analytics, and experiment with Tweets to see what your audience likes.