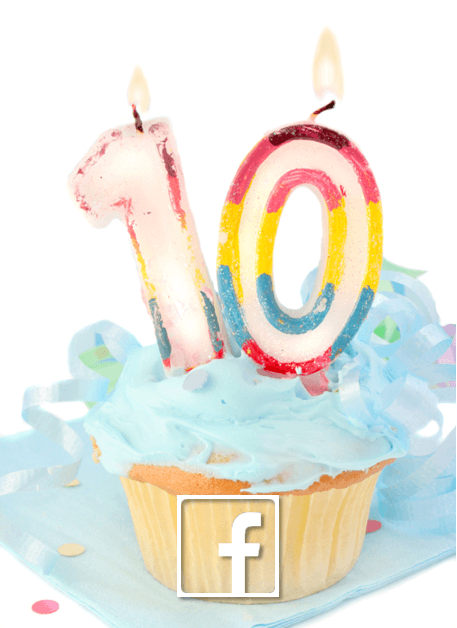 The first decade of Facebook’s history has been busy. Growing from a small idea formed in a college dorm room to a global phenomenon, the network now reaches well over 1 billion active users.

Initially rolling out to colleges, and requiring a .edu email address to even sign up, Facebook picked up speed as it expanded to welcome all students, and eventually any individual who wanted to create a profile.

When founder Mark Zuckerberg built Facebook in 2004, he struck a chord with people worldwide who wanted to connect with each other and engage in new ways online. Even businesses wanted to get in the game, prompting Facebook to launch business pages in early 2012 to provide a new avenue for companies to interact with their customers in a tailor-made way.

Facebook’s growth and change has been dramatic, rapid, and game-changing in a number of industries, from mobile devices to social media to marketing.

In the last year alone, Facebook has launched a number of updates that took the world by storm:

These days, Facebook has some serious competition in the social media arena. Over time, networks like Twitter, SnapChat, and more have joined the race and forced Facebook to evolve and adapt along with consumers.

Though there are whispers of Facebook’s decline with the rise of shorter, faster social communication and younger demographics, the ‘book remains a fixture online and a fierce competitor in social media, mobile use, and marketing technologies.

Just last week, Facebook announced yet another update: the launch of Paper. This new app features “Stories” from Facebook, allowing users to peruse and view news, photos, and updates from your own newsfeed, and from others around the world, customizable to your interests. The Paper app is just one more way Facebook is helping online users connect and explore.

With younger demographics moving towards mobile-friendly apps like Instagram, Twitter, and SnapChat, it’s more important than ever for Facebook to stay on their toes and make their mobile presence as user-friendly as possible. If the future of the digital world is in the mobile market, the oftentimes slow and clunky Facebook app will need a serious UX overhaul to stay competitive as new generations move into the social sphere. Paper might be their first steps into doing just that.

We’ll just have to wait and see what they come up with next!