Twitter is one of many platforms available for online paid advertising. Every platform is different, and your audience’s preferences, expectations, and desires may change from one platform to another. While Facebook and Instagram advertising follow similar principles and best practices, Twitter advertising is slightly different. As one of the more unique platforms, crafting an effective ad can be tricky. This post provides 8 examples of effective Twitter ads to help you understand how to capture your audience and encourage them to act on this popular social media platform. 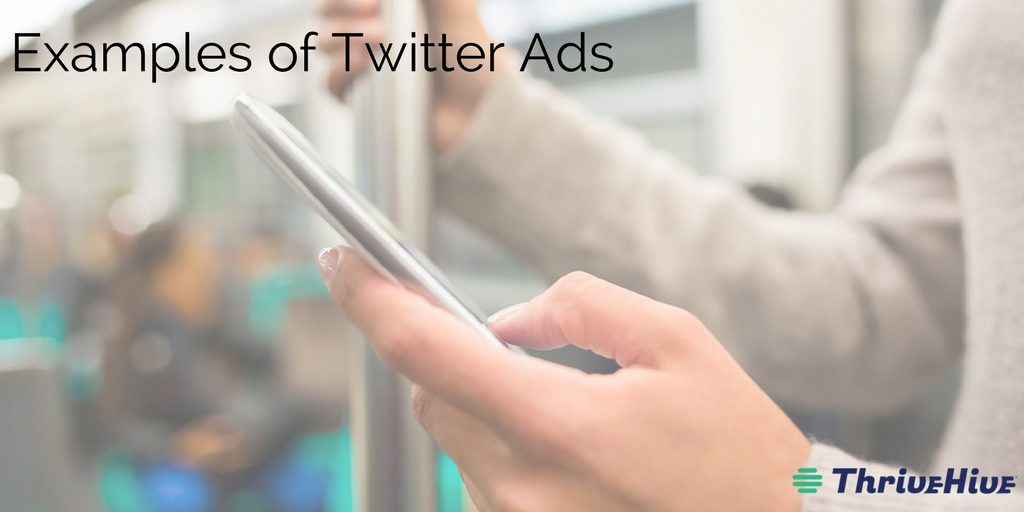 Call to Action: Get Started

Why not start with an example from Twitter itself? The ad is very simple, using a green background and white text to stand out. Despite the grammar error (“further”, not “farther), this ad does a good job with simplifying the process they are trying to promote to their users and making it more attainable. 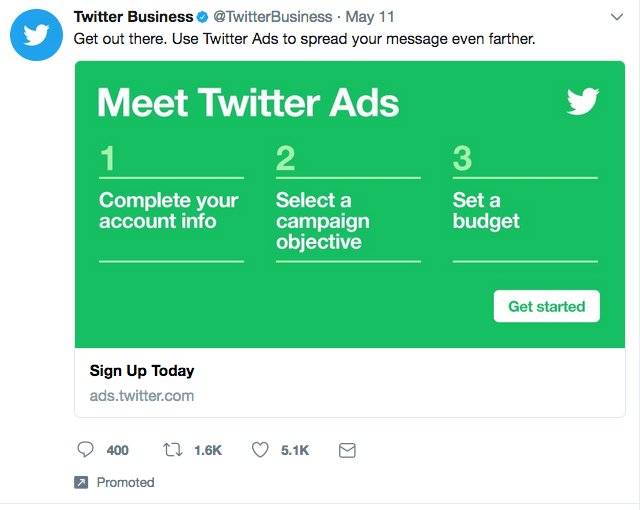 Call to Action: Try it Free

Google Cloud’s Twitter ad uses a compelling offer to catch the user’s attention. This ad is even more simple than the Twitter ad above it. Rather than explaining how it works, they direct the user’s focus on the free trial and $300 credit. Once they tap on the call to action, they will obtain more information to make a decision. 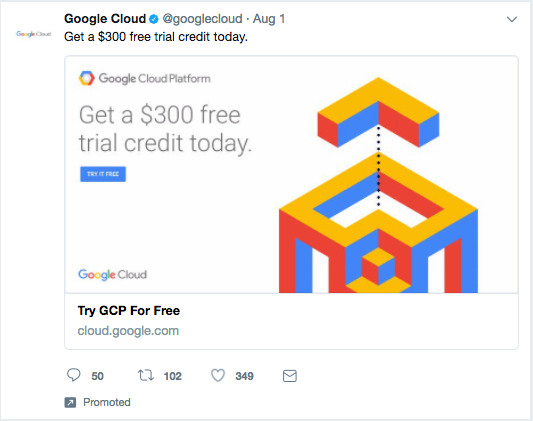 Tweet: “Understand the future of education with a subscription to The Economist”

This Twitter ad by The Economist is effective because it focuses on benefits and applies a sense of urgency. You immediately understand that a subscription to the magazine will help you to stay on top of the latest in education and learning.  The call to action phrase includes an action word followed by “now”. While the above ads place a call to action into their Twitter ad caption, The Economist uses their caption space to highlight their offer of $1 a week. 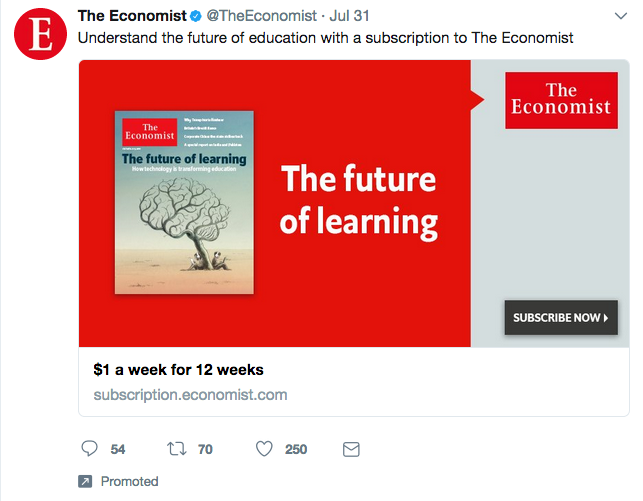 Inspired by the song “No Scrubs” by TLC, this promoted Twitter poll makes for a fun and engaging ad. Users can vote just for fun. Subway isn’t focusing on their product here but on their brand voice and user engagement. A little fun with ads never hurt noone! 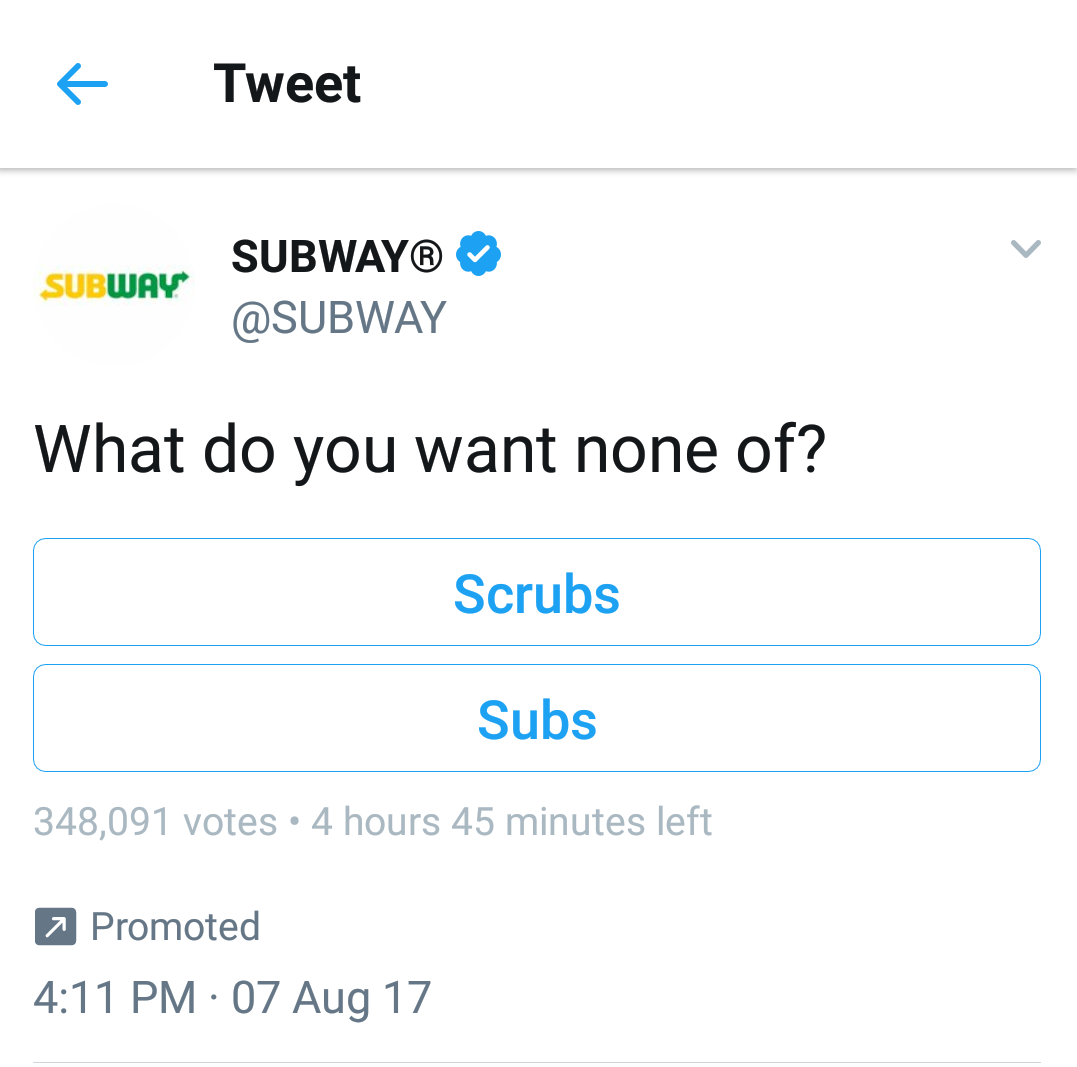 Call to Action: No call to action button, just a caption.

Tweet: “Take a 10 minute Lumosity Fit Test. How will you stack up against global averages?”

As with the first two Twitter ad examples, the call to action is included in the caption. However, unlike those examples, this ad does not have a clear call to action button in the image. The Tweet makes use of a question to spark engagement, challenges the user to see how they measure up against the global average. 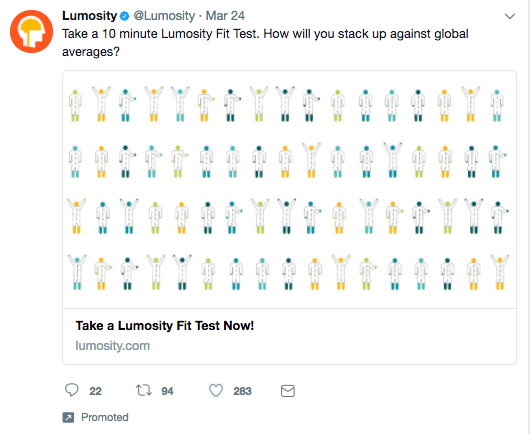 Call to Action: No outward call to action

Tweet: “Genesis Service Valet. Because time should be yours to spend however you wish.”

This Genesis USA Twitter ad is the first ad we’ve seen with an actual photo, and without an outward call to action. The tweet emphasizes a feature of the car, not the car itself.  The brand is more focused on appealing to the bold personality and desires of its target audience, rather than providing pricing or other details about the car. 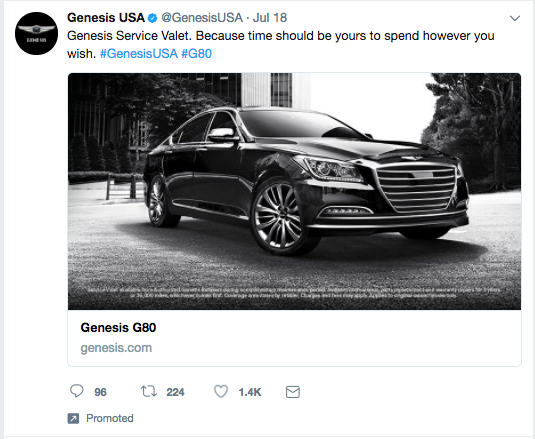 Call to Action: Read this

Caption: “Before You Join a Meal Delivery Service, Read This”

As with the previous Twitter ad example, this one by Popdust uses a photograph. It has no call to action button, but the caption does encourage readers to read what’s behind the link. Popdust makes use of vibrant and eye-catching imagery, as well as an attention-grabbing caption and an element of mystery to engage the user. 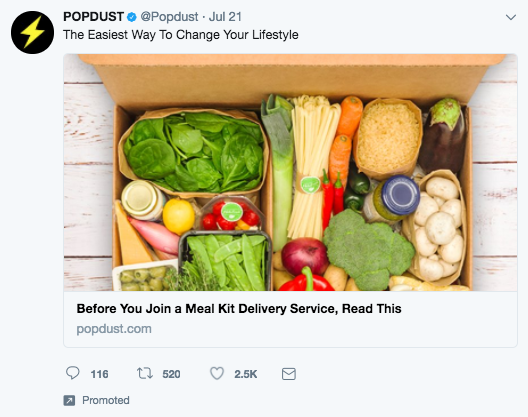 Tweet: “Clash on the battlefields of tomorrow with Overwatch Game of the Year Edition on PS4.”

This Playstation Twitter ad uses color contrast to make their ad graphic stand out. It also appeals to a niche audience of not just PlayStation players, but of PS4 players of Overwatch specifically. Like the Popdust ad, this ad also incorporates an element of mystery by stating, “You won’t believe what’s in store”. 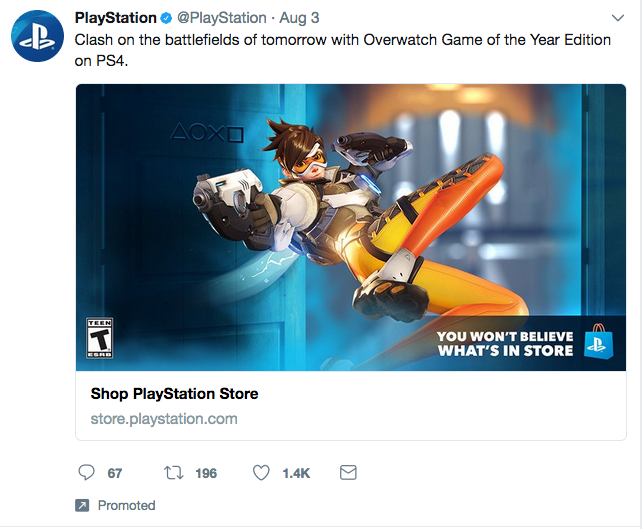 These Twitter ads take various approaches. Messaging ranges from overt calls to action and clear details to curiously compelling statements and feature-focused captions. Some of the ads are bold, some are informative, while some are plain and simple. Use these examples as inspiration for your own ads, and be sure to test and adjust along the way.