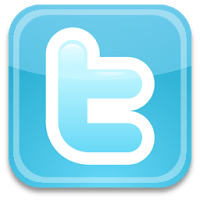 Have you ever started to post something to Twitter and midway through thought, “Hmm, this might not be the best thing for the world to see?” Sometimes 140 characters or less can be 140 characters too many.

Social media can be a place to let go of all of your thoughts and feelings, but is Twitter really the place to do that? The social media giant has now become one of the leading locations for people to post their ideas, breaking news, and pictures. With the power of Twitter at your fingertips, it’s crucial to take a second to step back and think before posting your next tweet.

In order to really understand the magnitude of your tweets, let’s take a look at the social network itself.

Twitter: the 2nd largest social media network (#1 being none other than Facebook itself), just 7½ years old, and a $12.8 billion company.

Many entrepreneurs and businesses have taken to Twitter to communicate with customers, gain a broader audience, and show the fun, human side of their business. Unfortunately, sometimes attempts to reach those goals are not well thought out beforehand, leading to backpeddling headaches and PR nightmares.

Using Twitter to establish your business online is a smart move. But if you’re not careful of what you are tweeting, then it may come back to haunt you. Here are 5 simple ways to keep you at the top of your Twitter game:

Twitter is an extremely effective (and affordable) way to promote your business. Many businesses, along with celebrities and athletes, take to Twitter to announce major changes or achievements, or simply to keep their brand on your radar. And all it costs is a little time and effort to maintain!

Creating informative, yet mindful tweets can come easier to some companies than others. Here are some examples of notable companies sending out enlightening tweets:

Companies often take a comedic approach to establish their Twitter presence. Arena Flowers – a UK flower delivery service – uses some quirky comedy to draw attention saying, “The universe began as a ball of gas from which emerged a hashtag, a mouse and a Pop Tart.” This is an indirect way of attracting customers to your business, bringing humor and personality to your social presence.

Even a company as large and well-known as Nike makes an effort to reach out to their customers with personal, tailored replies. Showing customers you care about them as much as they care about their Jordans can mean a lot!

Business owners and marketers need to be extra cautious when posting their thoughts in a public forum. While Twitter can be a very valuable resource, it can also lead to some embarrassing moments:

During a day of college football, Home Depot posted a tweet that they definitely wish they could take back. This is a perfect example of the power of the send button. Once you push that button, it is in the public arena and really can never go away (even if you delete it!) Home Depot apologized for this tweet, but the damage was done. They posted, “We have zero tolerance for anything so stupid and offensive. Deeply sorry. We terminated the agency and individual who posted it.” Apologies were in order, but it can be too little, too late after an offensive tweet.

After the Boston Marathon Bombing, Epicurious – an online cookbook – saw it as an opportunity to pair their brand with a current event. Unfortunately, their decision came off as insensitive in the wake of the tragedy rather than supportive, though they tried their best to apologize after the fact. #BostonStrong Although these companies did apologize after their bad tweets, the damage had already been done. Sometimes, mistakes are made and posts can be taken the wrong way. When this happens, own up to it. Passing the blame, whether onto an agency or an individual, is petty and unhelpful when your audience just wants to see your company acknowledge the misstep and move forward.

Twitter is an amazingly powerful tool to promote and support your business. Just following a few simple-to-understand tips on being a successful Tweeter can make all the difference in your social media presence!