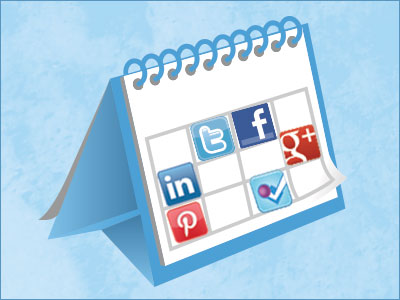 As 2012 draws to a close, it’s nice to take a step back and reflect on the last year. Much has changed in the digital world in the last 12 months, most notably the shift in marketing focus to social media. We asked our illustrious Social Media Manager to take us back through the top Social stories from this year:

It is amazing how quickly things can progress in 365 days. 2012 has been a big year for changes in the digital space; Apple released the iPhone5, Google Chrome became the most used web browser and visual content became king when Pinterest exploded onto the social media scene. Social marketing has become an integral part of our lives and evolved at light speed in 2012. A few years ago, companies were only just realizing the importance of having a “presence” on Facebook and Twitter. As we charge into the New Year we realize that just having a presence is no longer enough and that every marketing campaign must be social.

Let’s rewind the clock back to the beginning of the year and review the top twelve social marketing headlines of 2012:

February
Pinterest hits the 10 million user mark faster than any other site in history: The virtual pinboard allowed people to share their favorite things, hopes and desires with their friends. According to ComScore, users were spending an average of 98 minutes a month on the site.

April
Facebook buys Instagram for $1 Billion: Realizing that Instagram’s popularity was largely due to the ease of use and one-step photo sharing on smartphones, Facebook made their first acquisition of another social media company. This was a crucial acquisition for Facebook in the mobile space.

May
Facebook IPO: After much anticipation, Facebook finally went public. Much to investors’ dismay, the initial public offering fell short of expectations, but we did learn some interesting facts about the company. In 2011, Facebook earned $1 billion in sales, had over 845 million active users and Mark Zuckerburg earned a salary of $500,000.

June
Twitter drops LinkedIn Partnership: Twitter and LinkedIn ended a three year partnership possibly due to the fact that the two companies could not reach an agreement on how to share advertising revenue. It could have also been due in part to LinkedIn’s security breach in 2012 where 6 million passwords were stolen. Twitter users would no longer be able to share their Tweets to LinkedIn, however LinkedIn users are still able to share updates to Twitter.

July
Foursquare launches its first revenue product: Promoted Updates. For some time, Foursquare business users have had the ability to create special offers and coupons. Similar to Twitter’s Promoted Tweets, business owners have the ability to create targeted promotions that they pay for on a cost-per-action basis. These actions include check-ins, unlocking specials and syncing a credit card to Foursquare. Whether the new product will help Foursquare become a revenue generating company is still to be determined.

August
Instagram debuts on comScore’s list of the top 50 websites: Listed at number 48 with 26 million unique visitors, the thing that is most incredible here is that one of the top 50 websites is a mobile-only app. The Instagram debut further proves that mobile has become the preferred method of using the web. It wasn’t until November of 2012 that Instagram launched Web Profiles.

September
Twitter rolls out cover photos: Following in the footsteps of Facebook Timeline, Twitter made profiles more customizable. The official name for it is a header photo. Though custom backgrounds are still available in Twitter, the header photo allows for more creativity and more visually engaging pages. Check out my redesigned Twitter header here: https://twitter.com/Michelle_Mastro

October
Facebook begins testing a ‘want’ button:Facebook begins testing a ‘want’ button: Perhaps an answer to Pinterest’s success, the new Facebook platform will allow you to “want,” “collect,” or “like” an item from select retailers. The item will then show up in your Timeline. Facebook even takes it one step further than Pinterest; they have added a “buy” button. Retailers may pay Facebook to Promote items users “want” the same way as their current Sponsored Stories product.

December
Twitter’s Photo Filters have arrived! After severing ties with Instagram back in July, Twitter has finally launched its own photo editing and sharing app. Much like Instagram, users can add filters to their snapshots – only better, since users still have the ability to create status-only Tweets for those times when you don’t have a picture to share.

What will 2013 bring for social media? Will Pinterest survive and find a way to monetize their business? Will Facebook continue to improve their mobile app? Will Foursquare become the go-to app for deals and reviews? Will a new social network rise to the top? We sure can’t wait to find out. Stay tuned with us!